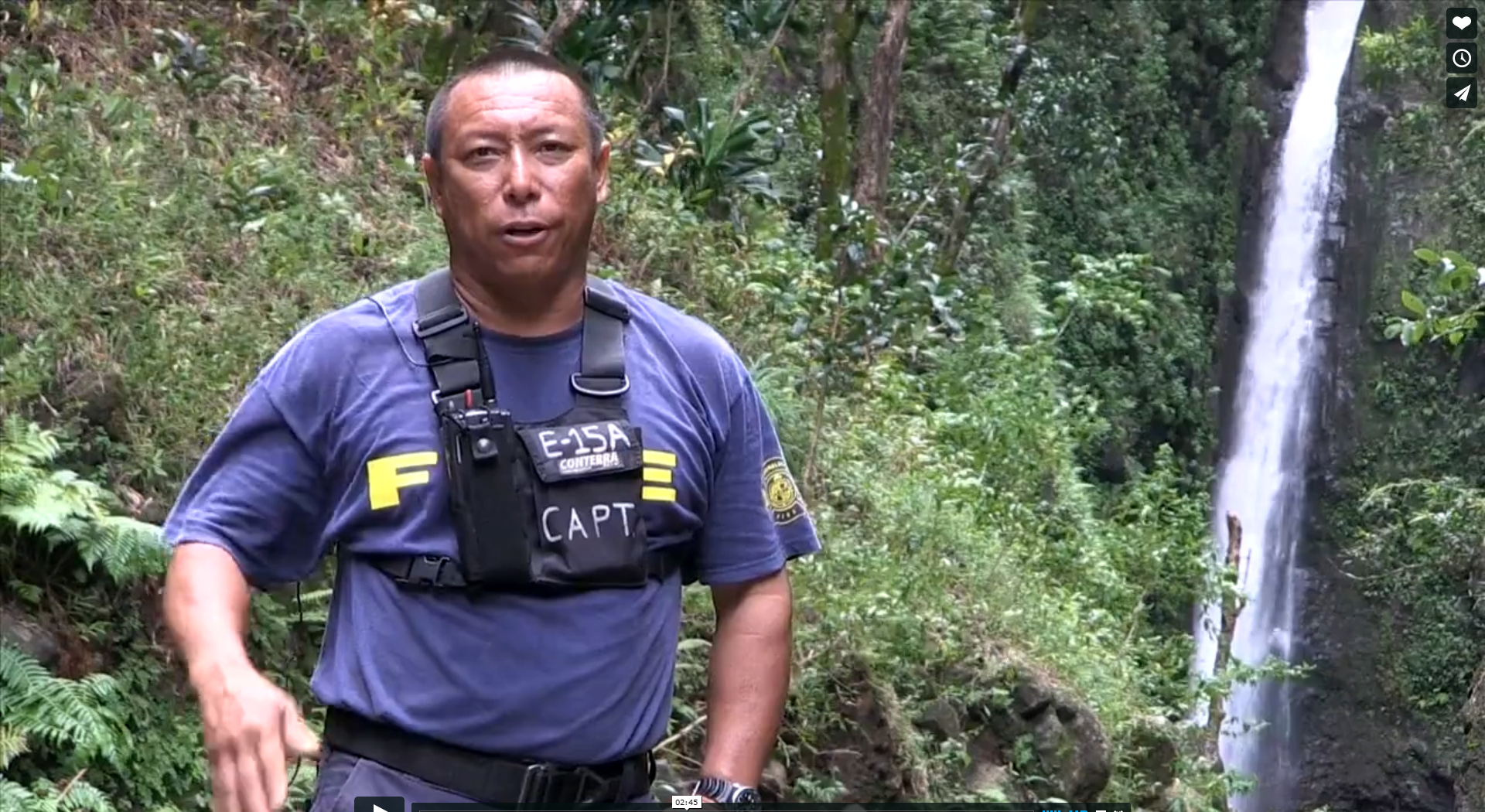 Calling social media “our latest, greatest little technological warfare device,” the state Department of Land and Natural Resources has been trying to counter blogs and other websites that encourage people to hike and climb illegally on state land. The message?Â Seriously, Stay Away from Sacred Falls. Denby Fawcett catches up with the campaign this week, which is built around a web video featuring Sacred Falls,Â on Civil Beat:

Dan Dennison, DLNRâ€™s senior communications manager, says when he made the video to counter message bloggers, he knew he had to hit back hard.Â â€œWe wanted to do something directly in your face,â€ says Dennison. The video has received almost 16,000 hits since it was released in February. And since then, major websites such as Yelp and Exploration Hawaii have voluntarily stopped promoting the Sacred Falls Trail and now post DLNRâ€™s video. After the video went online, there have been fewer criminal citations issued to trespassers. Last year, more than 120 were cited. This year nobody has been cited since February.

The state has also posted signs that include QR codes directing people who scan them with their smartphones to the video. Fawcett reports that more than 50 people have scanned the codes at Sacred Falls. “It means at least 56 people have illegally sneaked onto the trail since the QR code signs were installed two weeks ago,” she writes.

Earlier this year, state officials even pressuredÂ trespassing hikers to post messages to their own social media accounts warning their friends and contacts to stay away.